Digestive disorders and diseases are a group of conditions that happen when the stomach doesn’t work as it ought to. Liver specialists in Delhi split them into two groups organic and functional GI disorders.

Organic disorders happen when there are underlying irregularities in the digestion, which keeps it from working appropriately.

In functional GI problems, the GI tract gives off an impression of being primarily typical yet at the same time doesn’t work well.

The fundamental symptom of IBS is stomach pain which might happen previously or after diarrhea. Individuals can likewise encounter runs, blockage, or both.

Whether an individual ordinarily encounters looseness of the bowels or stoppage more regularly, or both similarly, allows a specialist to tell which sort of IBS they have.

Different factors contribute to IBS. For that reason, various individuals benefit from various ways to deal with their side effects.

SIBO happens when microbes from the internal organ move to the small intestine, causing side effects, for example,

Acid reflux happens when an individual’s stomach contents return up into the throat or food pipe. Assuming that this happens as often as possible, an individual might have GERD, which is a drawn-out condition.

GERD can cause esophagitis, which is aggravation or disturbance of the throat. In any case, an individual can likewise have GERD without esophagitis.

Symptoms of GERD with esophagitis include:

What is Celiac sickness?

Side effects of celiac infection include:

What is Crohn’s sickness?

Crohn’s sickness is an inflammatory bowel disease (IBD). It causes ongoing aggravation in the GI parcel, usually in the small digestive system.

Some symptoms of Crohn’s illness include:

Crohn’s sickness might be because of an immune system response to specific microbes in the intestinal system. Be that as it may, hereditary and ecological elements can also be a reason as well.

UC is a sort of IBD that irritates the rectum and digestive organs. Organ aggravation can likewise spread to different pieces of the digestive system after some time.

What are the best places to get treatment for Digestive Diseases and Liver related problems?

If you are looking for places where you can get a Digestive disease treatment you can visit Dr Girn’s clinics, the best liver treatment clinic in Punjab. The clinic has the best liver specialists Punjab. Consult Dr Girn to know more about the process of liver infection treatment. 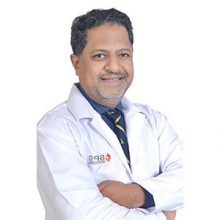 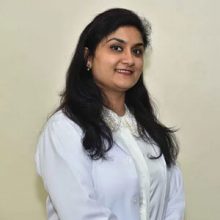 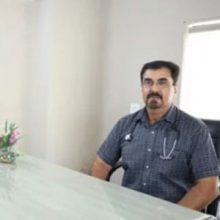 Liver Specialist Doctor in Ludhiana - Girn Hospital
4.1
Based on 33 reviews

Gurpreet Singh
09:47 16 Oct 21
I got liver treatment ,it makes my life pain free. All thanks to the doctor who provides good quality treatment at a low price.

Aysha Bhatia
09:00 16 Oct 21
This is the best hospital for liver treatments. I was suffering from Jaundice and got successful treatment from Dr. Girn. I will recommend everyone to reach there. Whole staff and doctor are highly expert and supportive. Thanks a lot.

Yuvi Sethi
08:43 16 Oct 21
Girn Hospital is the best liver hospital in Ludhiana. the treatment i received for cirrhosis was very effective. thanks to the great doctors who assisted me.